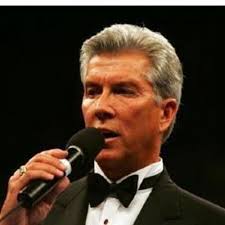 Ladies and Gentlemen, let’s get ready to rummmblllllle!!! 3 periods of hockey for the Heavyweight Championship of the World.

Fighting out of the visitor’s corner wearing green with gold and white trim they are the two-time defending Class AA State Champions, two- time defending Lake Conference Champions.  With a 2017/2018 record of 28 wins, 2 losses, and 1 tie with 12 wins coming by way of a shutout.  Ladies and Gentlemen I present to you The Edina Hornets!

This truly is a battle of heavyweights and could go either direction tonight.  Last season Edina and Blake played each other twice in Blake’s first season as a Class AA team.  The first being a 5-2 victory for the Hornets. That game was even after the first period 0-0.  Shots in that period were 7-7.  It looked like it was going to be a battle until Evelyn Adams scored just :25 into the second and Edina pulled away scoring 3 more goals that period to make it 4-0 after two.  Blake finally got a on the board with a couple in the third but the charge was a little too late.

They met again in the Section 6AA Final at Parade Ice Garden in Minneapolis just two blocks from The Blake High School.  The crowd was huge as many thought that whoever came out of this section was the front runner for the State Title.  The action favored Blake early as they took a 1-0 lead into the first intermission leading the period in shots 7-5.  Edina evened it up before Blake regained the momentum and the lead on a CC Wallin power play goal at 15:31 of the second period.  That lead seemed safe going into the second when Maddie Wethington stepped in to take a face-off draw in her defensive zone againt Loli Fidler with just over 2 seconds to go in the period. Fidler won the draw right to Aliyah Lance on the inside hash who one-timed it for the tying goal with just :01 left on the clock.  That was an absolute momentum killer for Blake who could not recover in the third.  The game and Section 6AA Title went to Edina in a 4-2 victory.

I am sure that loss still leaves a sour taste in the mouths of the Blake team.  But Edina had a tough defeat last week to Andover and they will be desperate to not start the season 0-2. Ultimately I believe this game will come down to the play of the goalies.